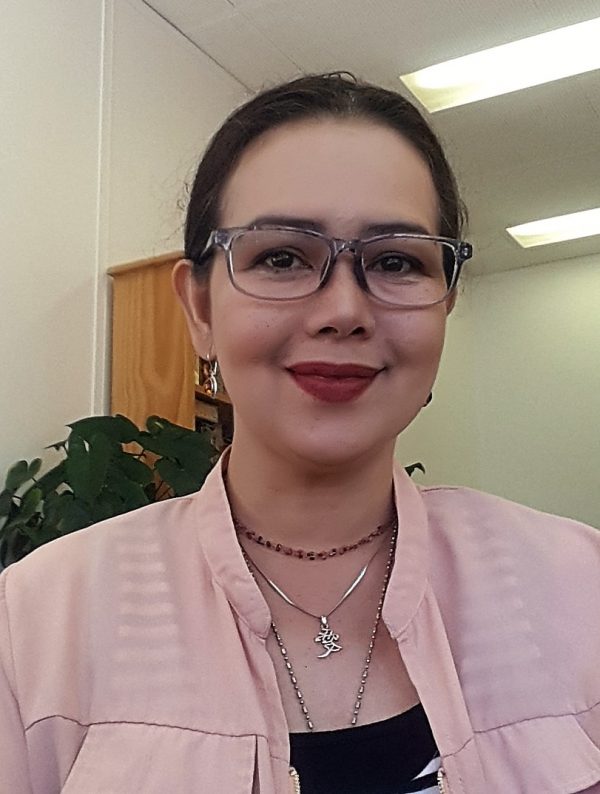 Today I was admiring the written work of my cousin Nutschell on her old blog – The Writing Nut. I enjoyed reading her feature stories on authors, books and other writing challenges. I then stumbled upon an old feature she did for my birthday which I really appreciate very much. I am posting it here today, to show you another side of Tarot Zamm – just as ‘plain old Zamm.’ In case you want to get to know me better, check it out here.

Today my cousin, Zamm is celebrating her birthday.

Because I am financially challenged, and a writer besides, I have decided to dedicate this blog post to her, as a birthday present.

I am a big sister to my only sibling, and to many younger cousins and friends. A lot of them call me “Ate” (pronounced a-teh, it means big sister in Tagalog). This is why Ate Zamm is very special to me. She is the only “Ate” I really I have.

Ate Zamm with her arms around me, and younger cousins Ely & Eric

I’ve featured Zamm on my blog several times. She was my “Z” post for the A-Z challenge this year. I talked about how I named one of my characters after her, and also about how talented and well-rounded a person she is.

Zamm is a singer, artist, painter, photographer, businesswoman, and she also happens to be a really good (and pretty accurate) tarot card reader.

You might have read my post on the time she gave me a past life reading, and  told me what my soul’s purpose was. Her words resonated with me, and allowed me to reflect about what mattered to me. It also enlightened me as to what path I should take in order to keep my soul happy.

I think there are people in this world who have this rare gift of intuition that allows them to see beyond what normal people see. These people are very attuned to the earth and all that connects us to it, and they have the ability to sense things that average people don’t.

Zamm is one of these rare people, and though I’ve seen her gift in action many times, I’m still always amazed.

Of course, it’s hard to believe me since I’m singing praises of my own cousin. But maybe this little anecdote will illustrate my point.

Zamm had told me that she’d been having these disturbing dreams of a catastrophic earthquake the past few nights. She said she had an uneasy feeling in her gut that this was meant to be a warning. She knew her dreams meant that a big earthquake was going to strike within the next few days. It would strike hard, and though it wouldn’t strike home (meaning the Philippines), it would strike close to it.

Like any kind of doomsday prediction, Zamm’s prophetic words were ignored by my skeptical mind and soon tucked away in the oblivion that is my memory.

Two days later, on March 11th, 2011, an earthquake struck the coast of Japan, creating a tsunami that wiped away an entire town.

I sat in stunned silence, watching the footage on television, and my mind began to cough out the memory of Zamm’s words. Gooseflesh rose on my arms and I became a believer.

Zamm is truly attuned to the earth and all its moods. So attuned, that she was able to hear its grumblings days before we heard it roar.

Zamm’s true gift is not that she is psychic and able to foresee the future. Her gift is that she knows how to really, really listen.

We’re all so tuned in to the noise of daily living that we have grown so afraid of silence. We’ve gotten attached to sounds outside of us, that we fail to listen to the voice within us.

Rare, gifted people like Zamm know how to truly listen, and so they are able to hear and interpret sounds that our desensitized ears and deafened hearts so often ignore.

One day, I hope to be a true listener like Zamm. For now, I will have to content myself with sporadic tarot reading sessions and chats.

Luckily, I’m not the only one who can benefit from Zamm’s wisdom and gift. You can, too, if you want. Since it’s her birthday today, I figured I’d advertise her talents in the hopes that I can convince one of you to try it out for yourselves.

If this post has gotten you even just a tiny bit curious, please drop by Zamm’s website.  Look around, ask for a reading, or even just wish her a happy birthday. I’m sure that’ll make her day.