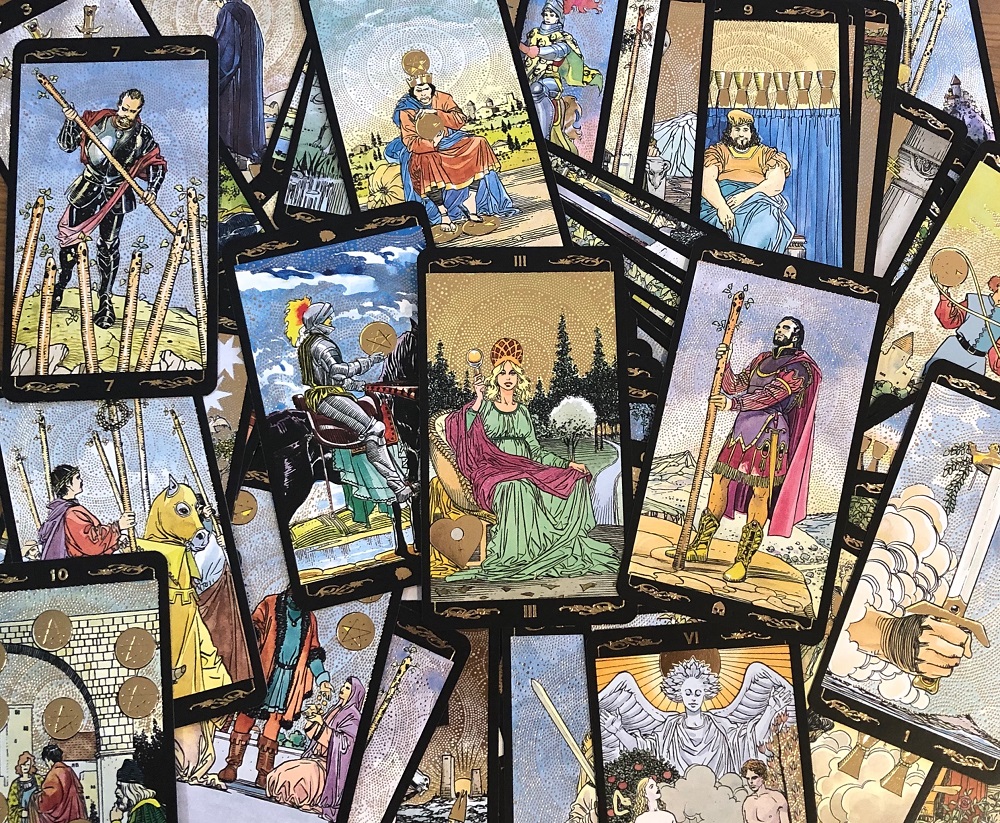 Hello and welcome and thank you so much for your time thanks for joining me Tarot Zamm in the Tarot for life tips video series.

Gain some helpful and practical insights while learning to read the Tarot. , so I advise that you subscribe. Go to my website, www.tarotreader.co.nz. There’s a form that you can fill up there, or if you’d like to do it directly, you can email me at zamm.tarot@gmail.com – and just put ‘Subscribe Tarot for Life Tips’.

Tip#2 The Significance of the Four Suits

Before we proceed, I would like to clarify that the Tarot for Life Tips video series is based on the societal archetype or traditional meaning of the Tarot.

Okay, let’s start with the ‘Cups’.

Let’s assume that you’ve shuffled the cards and you’ve drawn one card randomly.

If you get any card from the suit of Cups – anywhere between the Ace and the King, then the card would like you to focus on your emotions. And when we talk about emotions, it’s everything to do with your emotional issues, emotional attachments, your emotional sensitivities and considerations at the time of the reading.

When you’re using an ordinary playing card, then that would mean that if you’ve drawn a card with the ‘Hearts’ anywhere between the Ace and the King, then that same meaning (as the Cups) applies.

When you get any card from the suit of Swords between the Ace and the King, then the card would like you to focus on your mental acuity – particularly asking to have clarity, focus and direction, very good use of your logic and the information at hand. So basically, when you have this, it (the card you’ve drawn) is checking how clear your thoughts are so that your decisions will also be very effective.

So, when you’re using the ordinary playing card, the ‘Sword’ is represented by the ‘Spade’. So, if you get any (card) from the suit of ‘Spades’ between the Ace and the King, then the same approach (as with the Swords) applies.

When you draw a card, and you get any from the suits of ‘Wands’ from the Ace and the King, then the Tarot is asking you to focus on the bigger picture, your purpose, resonance, meaning. Where are you in the bigger scheme of things, what’s your role? Do you derive satisfaction? Are you passionate about what you’re doing? This is basically the theme of the question that the ‘Wands’ is asking you.

And so, when you’re using the ordinary playing cards, the ‘Wands’ is represented by the ‘Clubs’. If you get any card from the suit of Clubs between the Ace and the King, then the same approach (as with the Wands) applies.

And now, we talk about the ‘Pentacles’.

When you draw a card – any card from the suit of Pentacles – between the Ace and the King, then the Tarot is asking you to focus on the practicality or doability of whatever concern you are asking.

Besides the practicality and doability, it’s also asking you to be honest in terms of the resources you’ll need to make your plan, or your thoughts happen – to manifest them. So, that is what the Pentacles is asking – the practicality, doability and the way that you can execute whatever issues you’re asking about.

And when you’re using the ordinary playing card, the Pentacles is represented by the ‘Diamonds’. If you get any card from the suit of Diamonds between the Ace and the King, then the same approach (as with the Pentacles) applies.

When you get a card from the suit of Cups, it wants you to focus on the emotional aspect of the issue you’re asking.

When you get the ‘Swords’, it wants you to focus on your mental acuity, clarity and strategy, and the use of information at hand.

When you get the ‘Wands’, it is asking you for the deeper meanings, resonance, your purpose – what’s your role in the bigger scheme of things?

When you get the Pentacles, it is talking about the practicality and doability of whatever concern you’re asking – and not to forget, the resources you need to make them happen.

That’s all for now, tune in next time for another helpful tip.

This is Zamm, your guide to unlocking the secrets and wisdom of a thriving life through the Tarot.

Written and narrated by
ZAMM ZAMUDIO