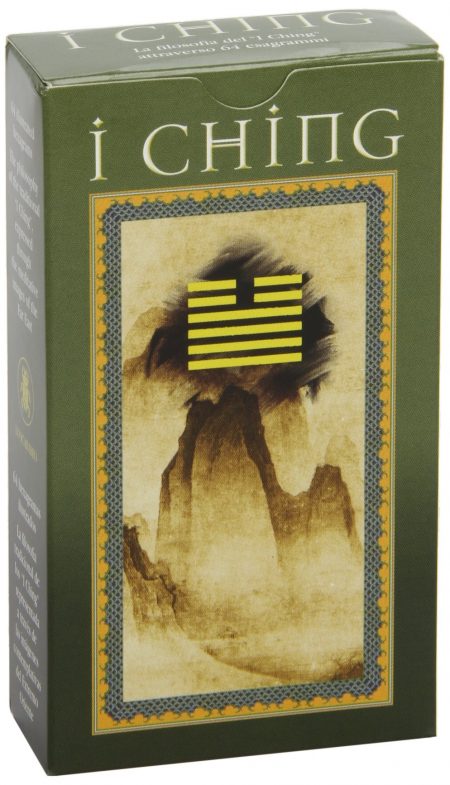 I Ching Card Deck by Isa Donelli: a card-by-card feature by Tarot Zamm.

Each card in this deck has a hexagram with the same number, order and numeration as the Book of the I Ching. At the same time, each card has a precise divinatory significance that summarises the philosophy of the traditional I Ching, expressed through the typical language of European cartomancy.

What is the I Ching?

The I Ching has served for thousands of years as a philosophical taxonomy of the universe, a guide to an ethical life, a manual for rulers, and an oracle of one’s personal future and the future of the state. It was an organizing principle or authoritative proof for literary and arts criticism, cartography, medicine, and many of the sciences, and it generated endless Confucian, Taoist, Buddhist, and, later, even Christian commentaries, and competing schools of thought within those traditions. In China and in East Asia, it has been by far the most consulted of all books, in the belief that it can explain everything. In the West, it has been known for over three hundred years and, since the 1950s, is surely the most popularly recognized Chinese book. With its seeming infinitude of applications and interpretations, there has never been a book quite like it anywhere. It is the center of a vast whirlwind of writings and practices, but is itself a void, or perhaps a continually shifting cloud, for most of the crucial words of the I Ching have no fixed meaning.

The origin of the text is, as might be expected, obscure. In the mythological version, the culture hero Fu Xi, a dragon or a snake with a human face, studied the patterns of nature in the sky and on the earth: the markings on birds, rocks, and animals, the movement of clouds, the arrangement of the stars. He discovered that everything could be reduced to eight trigrams, each composed of three stacked solid or broken lines, reflecting the yin and yang, the duality that drives the universe. The trigrams themselves represented, respectively, heaven, a lake, fire, thunder, wind, water, a mountain, and earth (see illustration below). Read more at Chinafile.com

How to Use the I Ching

It is very likely that before the I Ching, sets of bones were cast in an attempt to know the future. These oracle bones, unearthed by archaeologists, were precursors to the divination system that is now used in the “I,” either a set of 50 yarrow sticks or a set of three coins.

Essentially, the I Ching is a system that has always been used to predict the future. More importantly, though, is its use as a book of wisdom. Because the readings it gives are simple, yet elegant, profound, and intuitive, it is often consulted for its advice and insight into human nature. It is also read simply as an account of human affairs. In many circles, the book is no less influential today than it was hundreds of years ago. More at HowStuffWorks.com

Happy but can’t tip? A review is much appreciated.